Cylindrical-polar coordinates are activated by setting CARTES=F in the Q1 file.

The change between Cartesian and Cylindrical-polar can be made at will in either direction.

The inner radius of the domain is set via RINNER. This sets the distance from the axis of symmetry to the cylinder y=0.

The treatment of object size is described here, and object position here.

The image below shows two objects, both with their X and Y sizes set to 0.5. 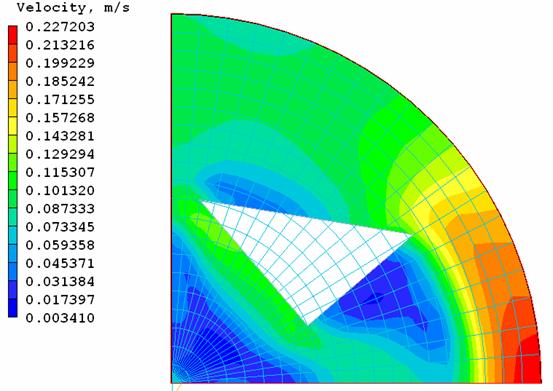 Image: Flow past a wedge in Polar coordinates

Please bear in mind that the grids get progressively bigger with increasing radius so the chance of finding multiply-cut (and hence illegal) cells also increases.